A huge thank you to all participating banks in the inaugural MENA Banking Excellence Awards and the warmest of congratulations to all of the winners.

The Middle East & North Africa is widely accepted as one of the fastest growing markets in the banking and financial services sector. From Egypt issuing the first “green bond” in the region, to Saudi Arabia’s issuance of standalone digital banking licenses, the region is challenging more wellestablished global markets in the race to position as worldclass financial hubs.

This initiative is an extension of the long-running programmes RBI Asia Trailblazer awards, now in their 13th year, and PBI Global Wealth Awards, now in their 32nd year. The 2022 awards programme celebrates the best-in-class banking and financial services institutions and individuals for their strategy, innovative offerings, commitment to customer excellence and impact on the regional finance sector. We received a very high number of entries. But that is only part of the story. The quality of the entries received was exceptional.

To be able to recognise so many outstanding banks in this first edition is hugely encouraging and has allowed us to set a high benchmark of excellence for the future. I had the very great pleasure of meeting Mohammed Al Othman, Group General Manager of the Consumer Banking Group at National Bank of Kuwait, winner of the MENA Retail Banker of the Year and MENA Digital Innovator of the Year

During our meeting I was inspired by Mohammed’s leadership in launching Weyay Bank, Kuwait’s first fully digital bank. Focused on younger customers in the 15-25 age group, Weyay Bank has already gained a significant market share among this new generation and has set a high bar for other banks in Kuwait and the region as a whole to follow.

Just as impressively the conceptualisation, creation and launch of Weyay was completed in just 13 months despite the challenges imposed by Covid. This combined with Weyay’s already incredible success leave no doubt that Mohammed and his team at NBK are worthy winners of these two prestigious awards.

It is a privilege to be involved in this initiative. The MEED team and I are tremendously excited to see the next iteration of banking excellence evolve as we invite the industry to take part in the second edition which will be hosted in person alongside our first regional banking summit on 10 May 2023.

I must also say a massive thank you to the judges and my colleagues at MEED for the phenomenal task of administering the entries and running the awards this year.

Click here to download the 2022 Special Report; an in-depth analysis of winning strategies and the mindsets that drive success inspired by the winning entries for the MENA Banking Excellence Awards. 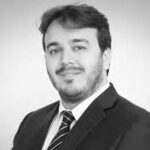